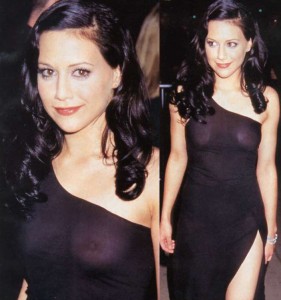 By Ann Lauren: Brittany Murphy born November 10, 1977 in Atlanta, Georgia age 32, found dead this morning by her mom while in the shower at her home, having collapsed from cardiac arrest.  She was pronounced dead on arrival by Cedars Sinai Medical Center, Los Angeles.    No details have been released concerning the direct cause of death, pending toxicology results in four-six weeks and completed autopsy report. What we do know is she had flu-like symptoms and was taking prescribed medication as a result.  The actress also had diabetes. 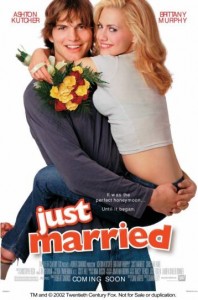 Murphy, who starred as a geeky girl in Clueless, a daddy’s girl rape victim in Girl Interrupted and a sex siren in Sin City, funny girl in Just Married, began vomiting early on Sunday morning and told family members she felt very ill, TMZ reported.  The website claims that a number of prescriptions for Murphy, her husband, British screen writer Simon Monjack and her mother were found at the couple’s home in West Hollywood, Los Angeles. A source told TMZ: “there were a lot of prescriptions in the house.”

Brittany Murphy actress in 8 Mile and Clueless star told Women.com when asked what she’d change about herself, “I’d want to be really tall for a day. That’s kind of a superficial thing. I’m five-foot-three.” Like so many Hollywood starlets she too was in denial about height and beauty.  Her true height was 5’1″.  Linked romantically to Eminem and Ashton Kutcher 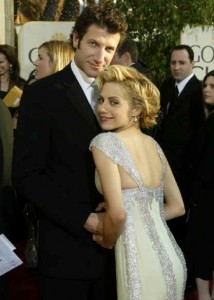 then married British screenwriter.  Daughter of a mobster Angelo Bertollotti and raised single-handedly by her mother, she grew up in New Jersey and moved to Los Angeles with her mother to pursue acting.

Recently completed filming for Sylvester Stallone’s film The Expendables, to be released in 2010.  Her career got a boost in 2003 when she featured as rapper Eminem’s girlfriend in 8 Mile. Her voice has also given life to a number 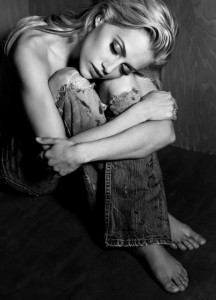 of animated characters, including Luanne Platter in King of the Hill, Gloria the Penguin in Happy Feet.  She has often been the subject of press controversy and in 2005 denied rumours of a cocaine habit.

“Just for the record I have never tried it in my entire life, I’ve never even seen it, and I don’t leave the house too much, except to go to work,” she told Knight Ridder Newspapers.

Murphy’s career was steadily rising and she has several films currently in post production.  It seems she had everything to live for.

Get 20%-50% off Fernanda Carneiro, Allison Izu and My Sweet Petites when you become a Bella Petite Member!