today and received an apology from Oprah, who admitted during her show that she should have handled a recent Mike Tyson interview “better.”  In the interview Tyson bragged about abuse against his former wife and actress Givens, saying “the best punch I ever threw was against ex-wife Robin Givens.”  The Oprah audience oddly laughed at his outlandish admission.  Oprah in all of her infinite wisdom didn’t admonish the audience for the inappropriate laughter, nor Mike Tyson for his wise crack at Robin Givens painful expense.

Robin Givens has been in entertainment her entire life, appearing on many tv shows starting out with, The Cosby Show, Different Strokes, Head of The Class, and many others.  In 1988 she met and married boxing legend Tyson, which was a publicized disaster for her and the two 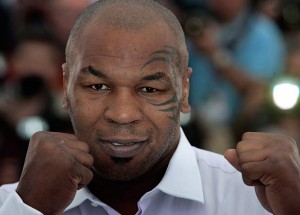 divorced only a year later.  In an interview with Barbara Walters Mike Tyson admitted to several beatings he dished out to the petite Givens, and a tearful Givens told Barbara how “Iron” Mike once threw tiny Robin through their living room window.  Robin Givens suffered tremendously at the hands of Tyson, and even played dead on a few occasions to stop the beatings.  A short time after the show Robin Givens served Tyson with walking papers.  An unrepentant Tyson later appeared in a Playboy article bragging about beating many women while having forced sex.  Why does anyone still give this monster an audience?!

ENTERTAINMENT IS ACCEPTING OF ABUSE AGAINST WOMEN 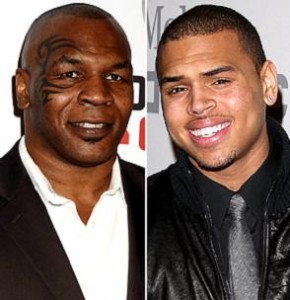 It is shocking what’s going on in Hollywood with creeps like Mike Tyson, Chris Brown and Roman Polanski.  These guys should be made examples of and escorted out of the entertainment business for their abuse against women.  Mike Tyson has been given very light punishment considering his escapades involving rape, physical assault on numerous women and even an infamous ear-biting incident during a boxing match with Evander Holyfield.  I am truly afraid he’ll have to kill someone (a la OJ Simpson) in order to be finally brought to justice!  Instead we honor him by watching some new documentary about his life?  Please don’t line this creeps pockets any longer. 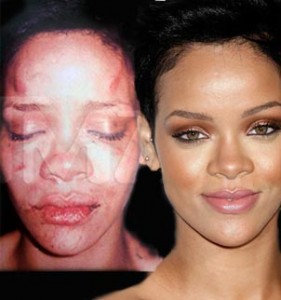 Now we have young singer Chris Brown, who admittedly beat his ex-girlfriend Rihanna.  It’s utterly shameful that Chris Brown is accepted back into the music world after literally beating the gorgeous Rihanna’s face to a bruised mess!  How could any woman or man pick up a Chris Brown album knowing that?  People, these men have no business in show business and yet they continually reap the rewards for their unacceptable and inexcusable actions!  Once an abuser, always an abuser, that much we know!   Oprah has presented numerous programs portraying these men as bad seeds. It is time we women to take a unified stand against domestic violence and violent crimes against women. 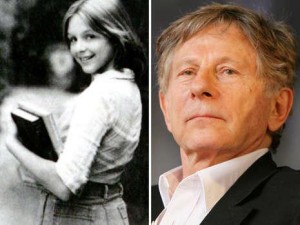 The next disgusting character, Roman Polanski, truly makes my stomach turn with feelings of revulsion.  Let me summarize this man’s crime for you, since the full account is quite graphic and upsetting.  Polanski drugged, raped and sodimized a 13 year old girl.  A child.   Interestingly, Polanski, who admitted to his crime, avoided sentencing by skipping the country for the last twenty-six years.  He now awaits extradition to the United States to stand trial for his crimes.  This has caused much debate among the California entertainment community, as many have rallied in support of this criminal.  Have this twisted little man’s films (like “The Pianist” and “Rosemary’s Baby”) bought him a free pass for his crimes?  When does such hypocrisy end, with more women being raped, drugged, beaten and killed?!

Robin Givens, who is a spokesperson for the Domestic Violence Hotline, has a new book named Grace Will Lead Me Home.   If you are being abused or know someone who is, please call the National Domestic Violence Hotline at 1−800−799−SAFE(7233) or TTY 1−800−787−3224.  They discourage emails, as computer usage may be tracked by abusers.  Calls to the hotline multiplied after pop star Rihanna’s recent 20/20 interview about R&B singer Chris Brown’s abuse toward her.

Want to see more on PETITES? Become a BellaPetite member today, it’s free & easy! Get 20% off at AllisonIzu.com,  30% off at MySweetPetites.com and more discounts with select premium retailers when you become a Bella Petite MEMBER!