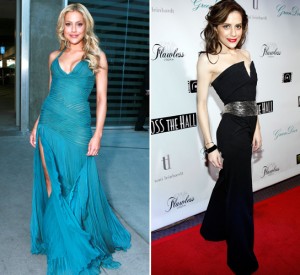 You may have already heard the reports today detailing the cause of Brittany Murphy’s death – a death that could have been “preventable,” sources say.

Speculations grew each passing second upon learning about the untimely death of petite actress, Brittany Murphy.  Immediately, the buzz was on and discussions of possible prescription drug abuse landed on every news, blog and networking website.  Following the days of Murphy’s death, drugs were not the only concern among bloggers and media.  Eating disorders, such as Anorexia, as well as the chronic disease of Diabetes, came into question regarding the star’s death.  Because of Murphy’s petite, rail-thin frame, for years she’s been hit with rumors that she had an eating disorder, which she always denied.  However, only 2 ½ weeks before her passing during her final interview with Fox News, she almost prophetically concurred to the rumors, saying, “I am a bit thinner now than what I would like to be.” Murphy’s mother and husband continue to deny that the “Clueless” star had an eating disorder, but confirmed Brittany did have diabetes (reports now say she had type-2). 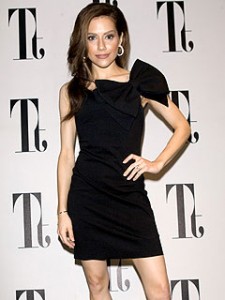 Today, the L.A. County Coroner’s report states that the causes of Brittany Murphy’s death was that of “community acquired pneumonia and multiple drug intoxication.”  The report goes on to list that she also had an “iron deficiency,” as well as “anemia.”  No mention of Anorexia or Diabetes, however, all her  “conditions” are attributes to these two diseases.  It makes one wonder – in fact “anemia” is a common result from anorexia, with the “iron deficiency” causing the anemia (depending on which type); and, statistics from the CDC (Center for Disease Control and Prevention) states that, “People with diabetes are 3 times more likely to die from flu and pneumonia.”  Throw in the multiple prescriptions pills, insulin and over-the- counter medicines she was reported to be on, it’s no wonder Brittany saw her last day on December 20th, 2009. 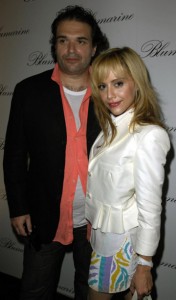 (heart medication), Klonopin and Ativan (anti-anxiety medications), Topamax (anti-seizure), Biaxin (antibiotic), and Fluoxetine, which is an anti-depressant.  Although Murphy’s husband, Simon, reports that she indeed took painkillers and the anti-depressant “Fluoxetine” (also known as Prozac and Sarafem) for extreme menstrual cramps; the other medications found were for a recent seizure he had suffered.  Clearly, given the recent and past deaths of famous celebrities from prescription pills, this is something that needs to be looked into further.

What frightens me, is that this death, clearly, could have been prevented.  Given the fact that she had Diabetes (regardless if she had type-1 or type-2), was frail looking and sick, even severely vomiting hours before she died, one would think (um, perhaps her mother or husband…I’m just saying…) someone would have taken her to the doctors immediately.  Even though they are not attributing her diabetes to the cause of death, (yet), knowing she had this disease should have been reason enough to insist that she get checked out, which therefore, could have led to her diagnoses of pneumonia.

Diabetes is NOT something you mess around with, especially while you’re sick – every diabetic knows this.  When a diabetic becomes ill, gets the flu, or has too much sugar in the body and not enough insulin, ketoacidosis (which is what killed petite-heiress, Casey Johnson) can occur and render the diabetic into a coma.  Being a mother of a 14 year old, type-1 diabetic, I unfortunately know all too well this risks and dangers of diabetes – with all due respect, so should have the two closest people in Murphy’s life, her mother and husband. Written by: Tana Corporon

SPECIAL OFFER TO BELLA PETITE MEMBERS ONLY Become a member today! We have the petite model cover girl search, opportunities to be in our editorials and receive tickets to fashion shows and promotional events! Free trial subscription to Bella Petite Magazine. And get 20%-50% off Fernanda Carneiro, Allison Izu and My Sweet Petites clothing when you become a Bella Petite Member!