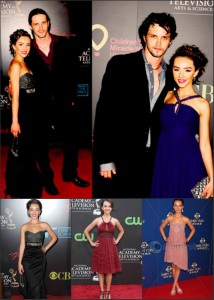 The indelibly pretty petite celebrity soap starlet 5’1″ Lexi Ainsworth (age 19) is a breath of fresh air on the young Hollywood scene.  Lexi was born to a dentist father and a teacher mother in Oklahoma City, perhaps not the most likely upbringing for a Hollywood big screen actress.  Lexi says that her small town life is what encouraged her to want to break out and pursue something fun and different!  Lexi started acting at the very young age of 6, including live theatre work and involvement in acting workshops.  Some such workshops required travelling to Los Angeles for additional training, which eventually led her to a breakout role on the hit soap General Hospital, in the role of Kristina Davis Corinthos. 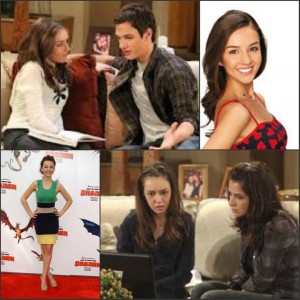 Lexi is a natural born performer, and has spent most of her life on stage or film, including roles in such films as “The Gray Man” and  “Wild Child,” opposite petite celebrity 5’1″ Emma Roberts.  Lexi has also appeared in a number of popular television programs from Gilmore Girls to iCarly, though she is most widely known for her portrayal of Kristina Davis Corinthos on the daytime drama General Hospital.  Lexi quickly became a fan favorite and won the hearts of viewers with her portrayal of a young girl struggling with the emotional and physical effects of domestic abuse.  Her performance even won her a 2011 Daytime Emmy Nomination for Outstanding Younger Actress in a Drama Series.  In the fall of 2011, Lexi left General Hospital and has been pursuing other projects, including a guest-starring role in the CBS drama Criminal Minds and the upcoming film release, “So This Is Christmas” starring Vivica A. Fox and Eric Roberts.  Lexi says that she will continue acting as long as it’s fun and she keeps getting the right offers!

Lexi’s fans were very instrumental in getting her on the Bella Petite Hour, and we discovered that Lexi’s fans are very passionate and committed to bringing attention to this fast rising young celebrity!  With such a supportive fan base, we received 100’s of questions for Lexi, and she wanted to show her thanks by answering some more questions that we were not able to fit into the radio show!   If you’re as big of a fan of Lexi as we are, please join us in demanding that General Hospital writers bring Lexi back this season in our comments section below!  We are starting the first online petition for Lexi, so tell them why you love her and share this article to spread the word!

BELLA PETITE: Do you have any upcoming red carpet appearances and or awards that you are nominated for later this year for us to follow?

LEXI: I am nominated for another Young Artist Award for “Best Performance In A Daytime Series”. The red carpet event takes place on Sunday, May 6, 2012. May 4th is the official announcement of the Daytime Emmy nominees for which I am currently pre-nominated for another “Outstanding Younger Actress In A Drama Series”!

BELLA PETITE: What do you love most about being a petite celebrity?

LEXI: I think being petite is an advantage.  I will look younger longer.  I will be playing younger than my age for a long time!  I am proud and confident to be petite!

BELLA PETITE: Your thoughts about the fashion industry and the lack of petite models and fashion?

LEXI: I think that it has been long overdue for a magazine to promote petite models. We all come in different packages and I’m happy to know that people are recognizing that models don’t have to fit a certain mold and they are free to do what they’re passionate about.

BELLA PETITE: If you were to return to GH how would you like to see your role as Kristina Corinthos evolve?

LEXI: I think it would make sense if she found out at college that her parents were the ones who got her into Yale and for her return seeking revenge. Her professor boyfriend could come to Port Charles perpetuating her fascination with older men due to her daddy issues and stir up some more problems.

BELLA PETITE:  What is your favorite thing to do other than acting and traveling?

LEXI: I love trying new restaurants. I’m a big foodie who loves to eat and cook. I actually have a list on my phone of my favorite restaurants and ones that I need to try in NY and LA. You could call it a hobby.

BELLA PETITE:  What are your favorite outdoor activities?

LEXI:  I was in surf club at my high school for P.E. I love going on hikes and finding new trails. I started skiing when I was 3, and recently have taken up snowboarding. My family and I try to go skiing at least once a year. This last Christmas we went to Lech in Austria. 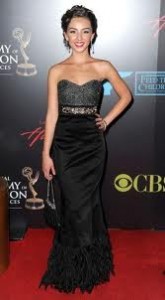 Lexi Ainsworth Online (Fan Site run by a Fan):   What is your most memorable moment on General Hospital, on or off set?

LEXI: I would say my birthday! Everyone surprised me with a cake and sang Happy Birthday and I got a birthday shot (no silly) in the scene that we were shooting!

Lexi Ainsworth The Next Chapter:   What type of role would you like to play if you could choose?

LEXI: Anything that is challenging and far from who I am in real life.

Fan Lexi Ainsworth: If you couldn’t be an actress, but be in the business…like direct, produce, make-up anything behind the camera what would you like to do?

LEXI: I would probably direct. I haven’t had any experience except in a film camp I did in NY’c but I think it would be fun having the big picture in mind and putting it all together. Any way to incorporate work and traveling the world would be my dream job!

LEXI: Hopefully still working and doing films all around the world. I could see myself living somewhere outside of the US. I love traveling! 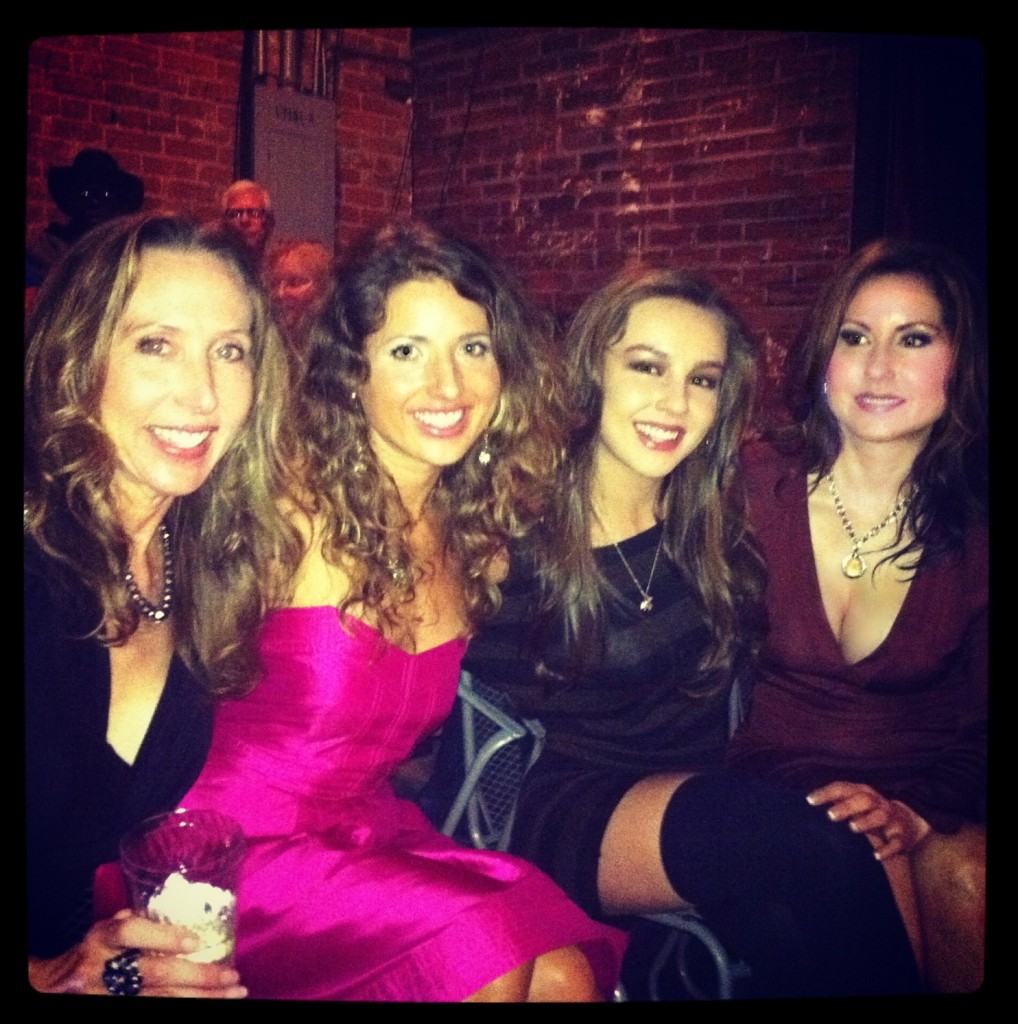 There will be sexy talk with Jeff L and exciting chat with the young, talented and fast rising starlet Lexi Ainsworth!  Find out how important fans really are and what advice they have for new talent going after a career in Hollywood!

Podcast are available on the Bella Petite radio page and itunes.

Plus, Ann Lauren, Lexi Ainsworth, celebrity yoga expert Dashama and Kellie Koppel of It’s So LA attended opening night of  “Finding The Burnett Heart” on April 20th.  Here’s a pic of the girls night out for the show! 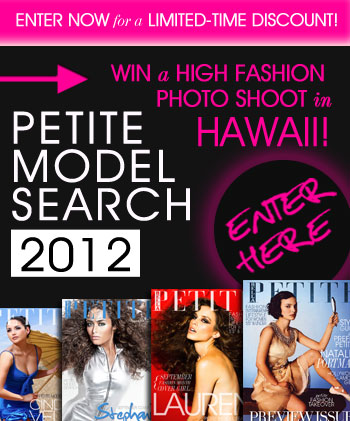 Bella Petite Magazine is Fashion, Entertainment and LifeStyle for Women 5’5″ Tall & under. ”Petite is fit and full figured.”Free to subscribe to Bella Petite!