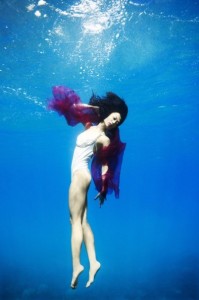 My America’s Next Top Model predictions are coming true!  The final three models in the competition are 5’5″ Jennifer, 5’6″ Laura and dark horse competitor 5’7″ Nicole.  You’ll notice I don’t refer to the models as “petite models,” since the only “petite model” left in the competition is Jennifer (and she just might win it)!  I am disappointed, but not surprised 5’3″ Sundai was given the boot this week.  There has been a steady build-up to her departure, and I’m only surprised she lasted to this point in the competition.  I believe the final two fierce models who will be left to battle it out for the ANTM title will be 5’5″ Jennifer and 5’7″ Nicole.  I feel sorry for Laura, because she is sweet and has loads of potential, but Erin I won’t loose any sleep over.  Erin (5’6″) clearly has the least potential of the final four.  I’m surprised she has lasted so long with such little to offer. 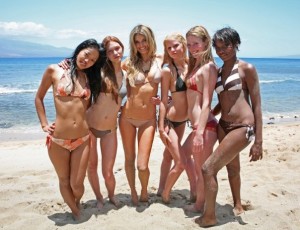 The most laughable moment this week goes to Marisa Miller when she’s said, “guess what? I’m only 5’8″!”  …ummm, meaning what Marisa?  The majority of models are 5’7″ plus, so it is not a surprising accomplishment to be a model at her height.  That’s actually quite typical for the class of Modelling Marisa specializes in.  All I have to say about Marisa Miller is that it looks like the photographs are being enhanced to accentuate her limited curves. Does anyone eat anymore?!  Regardless, the so-called “posing” techniques given by Marisa were great for the male audience for sure! Girls writhing in the sand on the beach and showering was certainly entertaining to watch.  You can watch the video below and judge for yourself.

ANTM has been a disappointment so far with their choice of guest model judges.  With only a couple notable exceptions, the producers have failed to highlight relevant models and stars that fit the petite mold and, as we have shown on this site, there are so many they could have featured!

The cliff jump photo shoot can be summed up as silly and pointless.  The shoot seemed to be more of a test for the photographer, and his ability to shoot difficult action shots, while the models were only required to jump and pose (sort of).  What can you really expect from a model in one take?  I guess the models learned that you have to do daring, and occasionally silly, tasks to be a model.  Thanks for the lesson Tyra!  The winner of the cliff jump was 5’7″ Nicole.  Nicole has pretty much proven that she can be put into any circumstance and work it.

The “dive deeper” photo shoot was interesting, as the models were forced to put their skills to the test.  The models performed reasonably well, but I’m surprised they didn’t find the Tyra Banks serpent lurking in the deep to drown the poor models after all her underhanded swipes and undertones of superiority.  Apparently she resisted an opportunity to remind the models how she’s done it better!  The “dive deeper” winner was Jennifer.  She’s on a roll and has nearly swept these challenges.  Jennifer and Nicole are almost in a dead heat for test-shoot wins!  The battle between the duo will certainly be entertaining.  Tune in next week for more!

If you want to see more on petites become a BellaPetite member today, it’s free & easy! Get 20% off non sale jeans at AllisonIzu.com  when you become a Bella Petite MEMBER! 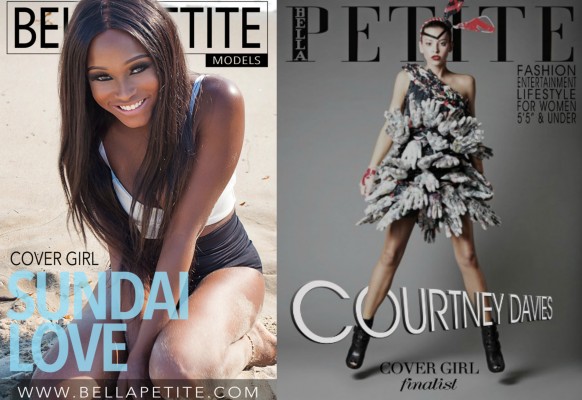