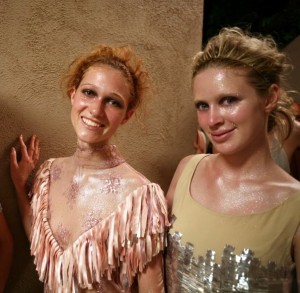 By Ann Lauren:  Last week my hopes of having a true petite model winner on ANTM were dashed, though I had been anticipating this disappointment for some time.  Despite this, I caved and watched the finale.  Plus, I received many requests to do a follow up on the season finale, though, for the record, we don’t consider 5’6″ and over to be petite.

The results are in and the winner of America’s Next Top Model (as I predicted from the very beginning of the show) is 5’7″ Nicole.  She seemed to be the dark horse throughout, but she was truly the strongest contender.  There are many reasons Nicole won the ANTM title, despite the fact that she is 5’7″ and right at the cutoff point for which Wilhelmina Models would actually agree to represent.  Tyra Banks did make a couple of  interesting comments at the end of the show first during the judging process she says, ” I think we picked our first petite cycle winner.” At the very end of the show Tyra announced  “Nicole is America’s Next Top Model’s first petite winner ever!”  I know for a fact ANTM has had a shorter winner, 5’6″ Eva Pigford (from cycle 3) she was really her first “petite” winner.  Not 5’7″ Nicole.  For a “petite model” cycle it would have been nice to see someone 5’5″ or under win the title. 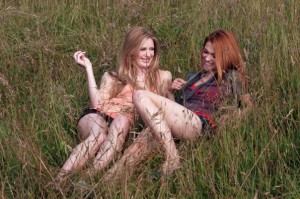 One of the best challenge segments all season was the Covergirl commercial segment and photo shoot.  Both of the shoots were executed with professionalism by the models and staff.  Jay Manuel and Nigel Barker were on top of their game!  It was like watching cycle 12 all over, and I enjoyed watching both models during their shoots.  The final cuts of each commercial were amazing and the headshots were beautiful.

At this point it looked like the models were in a dead heat.  I’ve personally always liked Laura.  She is personality plus and looks like a covergirl.  Nicole, on the other hand, is not friendly or charming at all.  She comes across down right snooty and I see why she says “no one likes me, I don’t have friends.”  She’ll fit right in with runway model types.  In fact, she is a natural, gangly and odd looking with horrible proportions, exactly how most amazon models are in the fashion world. 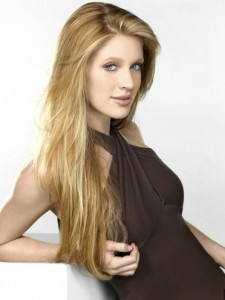 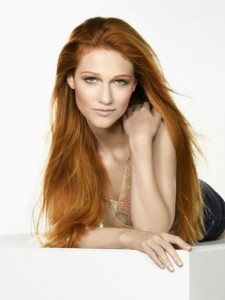 The final show brought back many of the petite model finalists for the finale runway show.  This was very well executed.  The runway show rocked with the 5’7″ and under models.  Now I’m sure you’re thinking, “what’s wrong with petite models on the runway?”  Exactly my point!  As you all witnessed, the petite models can do it just as well as the amazons any day of the week.  I hope fashion designers and the fashion insiders took notice.  Now is the time for things to change!  We want it to happen.  We want petite models on the runways.  As we’ve seen, models like 5’6″ Kate Moss, 5’5″ Kati Tastet and 5’6″ Eva Pigford have no issues keeping up and neither did the petite model cast on America’s Next Top Model.

BELLA PETITE HOUR WITH GUEST ANTM MODEL
As a side note, I have a Facebook friend that appeared on the season finale as a model in the fashion show.  She told me they put the 5’7″ models not on the original ANTM cast  in super high shoes, while making the petite models wear notably shorter heels to exaggerate their lack of height.  She will let is in on all of the exciting details and the inside buzz on what it’s like to be on ANTM coming up December 8th on the Bella Petite Hour.  Bookmark BellaPetite and JOIN as a member to keep up on the industry news for petites!

In conclusion ANTM season finale finished better that I anticipated.  I was happy to see the petite models brought back for the runway show.  Many of my favorites,  including 5’5″ Jennifer, 5’3″ Sundai, and 5’5″ Brittany, looked great and appeared to be having so much fun.  I will keep my hopes high that the next time (if there is another ANTM) they do an actual petite model show with women 5’5″ and under.  They played it safe and went with the industry standards instead of making a bold, industry changing statement.  Rest assured, we won’t rest until the standard becomes acceptance of petites!  The good is that change is coming, especially with premier issue of Bella Petite Magazine to be released early next year and featuring exclusively true petite models.

Want to see more on PETITES? Become a BellaPetite member today, it’s free & easy! Get 20% off at AllisonIzu.com, 30% off at MySweetPetites.com and more discounts with select premium retailers when you become a Bella Petite MEMBER!