“Alice Braga,” – another petite actress hitting the big screen! You may have already seen this 5’3” Brazilian-beauty in the critically acclaimed, crime-drama film, “City of God,” released worldwide in 2003, earning itself four Academy Award nominations in the following categories: “BestCinematography, Best Directing, Best Editing and Best Writing,” as well as herself, a “Best Supporting Actress Nomination” from the Cinema Brazil Grand Prize in 2002, when the film first released in 2002. 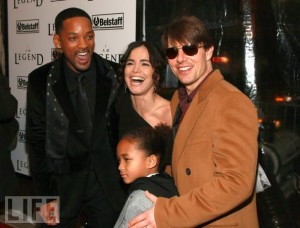 Or, you might have seen her in the Science-fiction-action-horror blockbuster-film, “I am Legend,” starring one of our tall hunky-hotties, Will Smith? Smith, who stands 6’2”, like a tall, yummy, chocolate-Easter Bunny… (OOH, can I say that? I truly adore Will 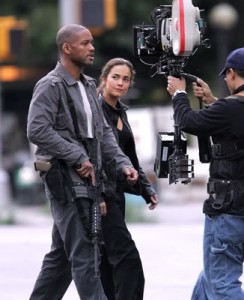 Smith, and he IS “yummy!”), and who is, by the way, married to one helluva-gorgeous, SMART, “petite” woman, Jada Pinkett Smith, who stands at a mere 5-foot-nothing! Jada is not only a petite-actress, but is also a producer, director, author, singer-songwriter, business woman…Oh, yeah…and a MOM!

Well, if you’ve missed Alice in the aforementioned films listed above (as well as several others in-between), you can “Braga” ‘bout her in the 2010, politically-charged-action- film, “Repo Men,” (released March 19th of this year). Here, she plays a feisty-pretty-petite-heroin with bionic body parts, running from “repo men,” who want to repossess them! Braga is a lucky girl in my eyes, getting to star next to 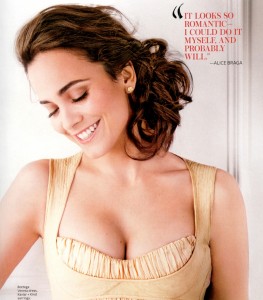 pretty-boy Jude Law (who barely reaches 6-feet…but that’s okay with me!), and tremendously great actor, Forest Whitaker. Although film critic, Roger Ebert, said, “Repo Men makes sci-fi’s strongest possible case foruniversal health-care,” he gave the movie only 2-stars (out of a possible 5-stars). The film hasn’t received the greatest reviews around; including MSN-Movies, who scored it only a mediocre, 3-star. The public, unfortunately for Braga, agrees. 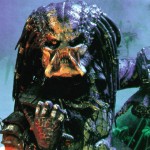 However, Alice Braga has come out on top, landing a female lead-role in the upcoming science-fiction movie, “Predators,” released later this year. Here, you’ll see this pretty-petite pounce on Aliens as she plays a Special Forces, “Black Ops” sniper, opposite, unconventionally handsome, “Adrien Brody,” who stands 6-feet-tall! “Predators” is produced by Robert Rodriquez who produced and directed the

This “petite” seems perpetual as she continues to score roles next to some of our most famous, and “hottest,” actors! “Alice Braga,” we wish you great success in the coming years!

If you want a fashion magazine you can identify with register now.  PETITE Women 5′5″ & under it’s time to join the petite 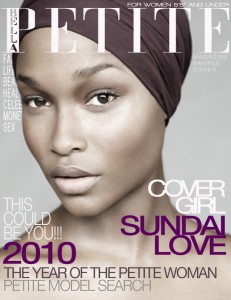 FREE trial subscription to Bella Petite Magazine and get 20%-50% off Allison Izu, Fernanda Carneiro and My Sweet Petites clothing when you become a Bella Petite Member!